In Ontario, under the Occupational Health and Safety Act (OHSA), this concept is referred to as the Internal Responsibility System (IRS). With a strong IRS, everyone understands their contribution to a healthy workplace. When this happens, workers stay safe and productivity and profits increase. One survey of CFOs revealed that every $1 invested in injury prevention returns $2 or more. Don’t wait until someone gets hurt or dies on the job to start fulfilling your role in the IRS.

Employers have a lot of responsibility when it comes to workplace safety. Chief among them is the responsibility to take every reasonable precaution for the safety of workers. This encompasses the concept of due diligence. So, while everyone in the workplace contributes to safety, being able to prove due diligence is up to the employer. ­­­The employer is also the party responsible for ensuring that the IRS is established, promoted, and that it functions successfully.

Duties of an employer in Ontario are covered in section 25 and 26 of the OHSA.  These include the duty to:

Who is the employer?

Supervisors have the same overall responsibility to ensure the safety of workers. According to section 27 of the OHSA, supervisors must take every precaution reasonable in the circumstances for the protection of the worker.  Other duties include:

In Ontario, supervisors are required to complete Health and Safety Awareness Training to help prepare them to fulfill their safety duties. 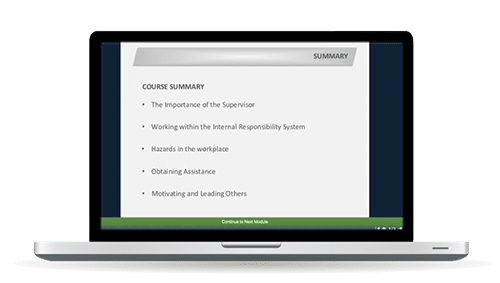 Who is a supervisor?

Safety isn’t just the job of management. Safety is a personal responsibility. The OHSA outlines the responsibilities of workers as well. While the main one is to work safely, workers are also responsible for:

Every worker in Ontario must complete Health and Safety Awareness Training to learn about their rights and responsibilities.

The above responsibilities are a statutory requirement. And likely a condition of your worker’s employment. But there are so many other ways workers can contribute to a positive safety culture. Not least among them is joining the workplace’s JHSC.

The JHSC is another integral part of the IRS. It is comprised of workers and management. The committee inspects the workplace and meets regularly with the goal of creating a safe workplace. The JHSC cannot function without the active participation of workers. Whether that is by being on the committee or by readily engaging with the JHSC when they have questions or concerns.

Learn more about the roles and responsibilities of the JHSC

It Pays to Be Responsible

While no one can truly put a price on a life saved or a serious injury being prevented, studies have shown that workplaces who invest in health and safety reap financial rewards. In an executive survey, over 60% of CFOs reported that each $1 invested in injury prevention returned $2 or more.  Over 40% said productivity was the greatest benefit of an effective workplace safety program.

Fines, Jail Time, and Worse for Those Who Fail to Fulfill Their Duties

In 2018, 907 convictions occurred under the OHSA, resulting in $12.6 million dollars in fines. Ministry of Labour Inspectors can show up to your workplace at any time. If they notice any contraventions of the OHSA, they can fine the offender $250 to $650 on the spot. More serious contraventions of the OHSA will be sent to court, where the consequences can be much steeper:

If you don’t think people are being held accountable for unfulfilled duties, think again.  In May 2019, the owner of an Ontario Roofing company was sentenced to 7 days in jail after his fourth conviction under the OHSA. No injuries were involved. However, he repeatedly failed to fulfill his duties as an employer under the OHSA.

Supervisors can also be personally prosecuted for contraventions of the OHSA. In June 2019, a supervisor was fined $5,000 after three workers received burns from an arc flash while working for an electrical company. In addition, the employer was ordered to pay $55,000 as a result of the conviction.

While supervisors and employers can face jail time and large fines, workers pay the consequences with their wellbeing. They can end up injured or dead. In 2018, 218 people died from work-related injuries or illnesses in Ontario. 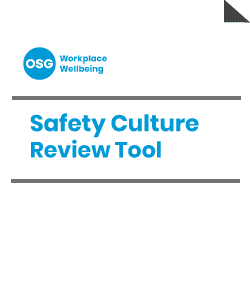 Every person in an organization can either contribute or detract from the culture. Workers, supervisors, leaders, and JHSC members all have a role to play in maintaining and promoting a positive safety culture at work.

Use our tool to evaluate how well each workplace party is contributing to the organization’s safety culture.  A member from each workplace can rank themselves in areas such as:

The tool will give you an overall Safety Culture Score and reveal areas for improvement.

Skip back to main navigation

Health & safety training has remained an essential service throughout the pandemic. We continue to operate in line with the measures and advice provided by Public Health Ontario.  Masks are no longer required for in-person training, though we continue to…
END_OF_DOCUMENT_TOKEN_TO_BE_REPLACED

At the start of this year, Ontario moved into Step Two of its Roadmap to Reopen with modifications to slow the spread of the Omicron variant. This COVID-19 variant continues to create health and safety challenges for organizations as the…
END_OF_DOCUMENT_TOKEN_TO_BE_REPLACED

Understanding the ROI of Health and Safety

Imagine an investment that protected people’s lives and provided a return of 300%. It might sound too good to be true, but many organizations that invest in workplace health and safety, report achieving a return of at least $3 for…
END_OF_DOCUMENT_TOKEN_TO_BE_REPLACED

MLTSD Inspections – What to Expect and How to Prepare

A surprise visit from the Ministry of Labour, Training and Skills Development (MLTSD) can be stressful, but inspections are an important part of keeping workplaces safe. The good news is that many employers feel much more confident once they know…
END_OF_DOCUMENT_TOKEN_TO_BE_REPLACED

JHSCs and Remote Work – Everything You Need to Know

Over the past year, remote work has become the norm for many of us, and it looks like it may continue that way. Approximately four out of ten Canadians have jobs that can be done from home, and results from…
END_OF_DOCUMENT_TOKEN_TO_BE_REPLACED