Christine Mandegarian was a personal support worker employed at Altamont Care Community. She lived in Markham, Ontario. She was a mother of two. She loved her job. For over 30 years she worked to improve the lives of the Canadians trusted to her care. And on April 15, 2020 she lost her life.

As the COVID-19 pandemic upends our lives and threatens our friends and family, front-line workers are putting themselves at risk every day just by going to work. Christine Mandegarian was one of those workers.

Each year hundreds of Canadian workers lose their lives because of preventable workplace injuries and illnesses. Since 1991, people across Canada have observed National Day of Mourning to remember and honour those Canadians.

That’s why on April 28th you will see the Canadian flag flown at half-mast across our country.

It Started With A Canadian Miner

Now observed in over 100 countries worldwide, Workers’ Memorial Day or National Day of Mourning began in Canada with the actions of a miner.

Colin Lambert was a Canadian steelworker and miner working in Sudbury, Ontario who was instrumental in pushing for worker’s safety. In the 1970s, he became a full-time labour activist who fought for workers’ rights and greater accountability for workplace safety.

Ray Sentes was a labour activist in Alberta and an outspoken advocate for the elimination of asbestos. He was also Colin’s “great friend.”

In 1983 the pair were driving together when they happened to see a funeral procession for a firefighter. They thought that we, as Canadians, should honour any worker injured or killed at work or because of their work—the same as firefighters or police officers killed on duty.

Later that year, Colin and Ray were instrumental in convincing the Canadian Union of Public Employees (CUPE)—Canada’s largest labour union—to pass a resolution recognizing a national day of mourning for all workers who are injured or killed while working. Almost ten years later the Parliament of Canada made it a National Day of Mourning.

Why April 28th? The day was picked because on April 28th in 1914 Ontario passed the Worker’s Compensation Act—the first legislation in Canada to make sure companies compensated injured workers.

Sadly, Ray lost his life at the age of 56 from asbestosis—an illness he contracted working with asbestos insulation. In his later years, he continued his commitment to workplace safety as an advocate for asbestos victims.

What Can We Do?

We can all do more. At OSG we know that every workplace accident is preventable. The more that we all, employers and employees, take workplace health and safety seriously, the greater our chances that each year we see those numbers decline.

As the Government of Canada reminds us, the National Day of Mourning is also a time to reflect on making our workplaces safer:

“When we hear news of a worker falling to their death or dying from a work-related cancer – it reminds us that behind every statistic there is a person with a family and coworkers who belongs to a community. The suffering of every work-related tragedy extends beyond the worker and impacts us all. And it is for this very reason that on this national day of remembrance we turn our attention to creating healthier, safer workplaces, and preventing further tragedies. Because one is one too many.”

See something in your workplace that you feel is unsafe? Tell your supervisor. Have an idea for how to make a process safer? Let your organization know. 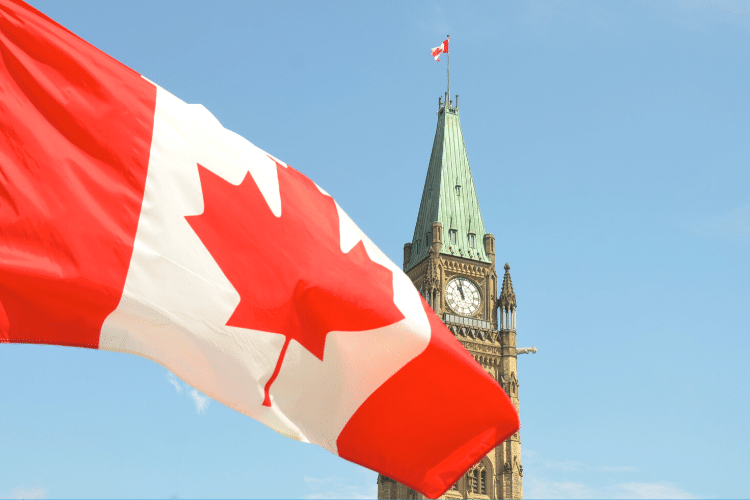 A Moment of Silence

Those who knew her, describe Christine Mandegarian as the “life of the party” who had “an amazing sense of humour.” Sadly, she is one of a thousand Canadians each year whose job cost them their life.

We invite you to join us.

Skip back to main navigation

How to Prevent Burnout While Working Remotely

Working remotely has become increasingly common in recent years, offering employees the flexibility and convenience of working from home or other remote locations. While this arrangement has many benefits, it can also lead to burnout if not managed properly. Burnout…
END_OF_DOCUMENT_TOKEN_TO_BE_REPLACED

The Benefits of Mindfulness and Meditation for Remote Workers

As more and more people are working from home, it’s important to find ways to maintain good mental health and focus. One way to do this is through mindfulness and meditation. What is mindfulness? Mindfulness is the practice of being…
END_OF_DOCUMENT_TOKEN_TO_BE_REPLACED

How to Create a Successful Remote Team Culture

Creating a successful remote team culture is essential for ensuring that your remote employees are happy, productive, and engaged. A positive team culture can improve communication, collaboration, and morale, which can ultimately lead to better business outcomes. Here are some…
END_OF_DOCUMENT_TOKEN_TO_BE_REPLACED

Setting up a home office that is both ergonomic and conducive to productivity can be a challenge, but it is well worth the effort. An ergonomic home office can help prevent discomfort and injuries, increase productivity, and make work more…
END_OF_DOCUMENT_TOKEN_TO_BE_REPLACED

The Role of Leadership in Promoting Workplace Health & Safety

The importance of workplace health and safety cannot be overstated. Not only do safe and healthy working conditions protect employees from harm, but they also improve morale, productivity, and overall organizational success. One key factor in promoting workplace health and…
END_OF_DOCUMENT_TOKEN_TO_BE_REPLACED